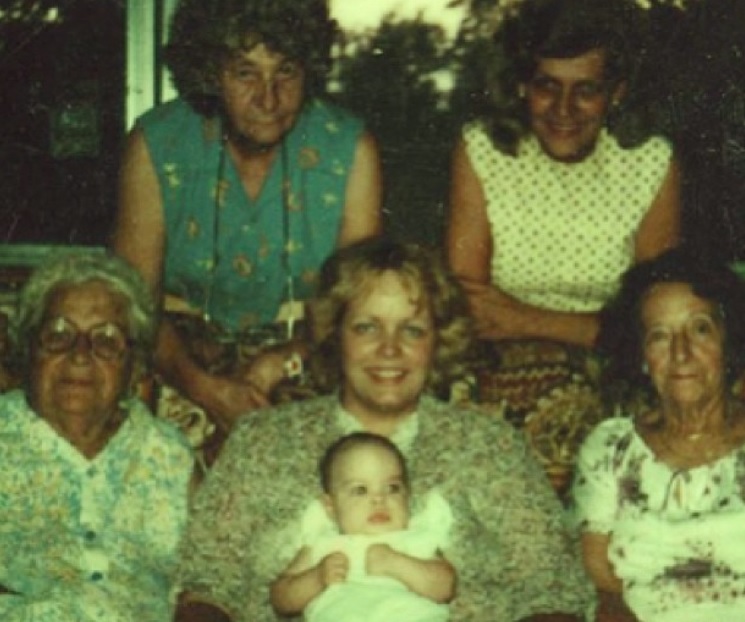 Do you have those memories where you are not sure if they are actually memories or something someone told you? Or maybe even a dream? If I think back to the earliest memory I have, it is a rainy night and I am in a truck, and my mom is lifting a fallen tree off of the hood of the truck. I once told my mom that memory and she said, “There is no way you can remember that. You were not even a year old.” I also asked about a tornado that happened when we lived above one of my mom’s stores – my memory of it all is in black and white, like the fucking Wizard of Oz, and my dad was shaving and I looked up at him and he told me that the storm was coming so we had to take shelter. Not one family member could confirm my memory, except everyone agreed that I would’ve been three years old.

I get creeped out thinking that my memories could be made up or a dream. That maybe everything that I think is true is just a story that was told to me. Sometimes my dreams are so vivid that I remember them like movies. Who can say if the ones from my childhood haven’t tricked my brain into thinking that it was a real part of my life.

You don’t remember the Ucky Man?!

It was maybe 16 years ago and I was visiting family in Michigan for the holidays when my sister, while sorta laughing, asked if I remembered the Ucky Man. Every hair on my body stood up instantly. I did not remember, but my body did. I asked her what she was talking about and my aunt and uncle chimed in, “You don’t remember the Ucky Man?!” According to them, the Ucky Man was someone (something) that I used to cry about nonstop as a toddler when we all lived on my grandparent’s farm. 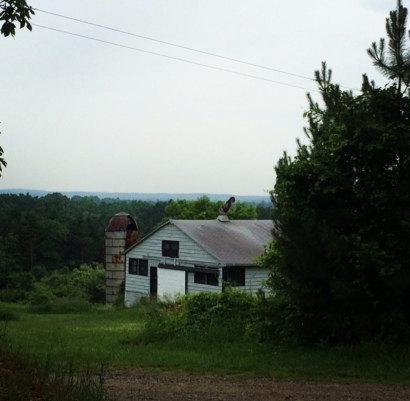 The farm was its own host of horribly creepy stories. Everyone in my family has some terrifying memory of weird shit going down. My sisters had a creepy guy that haunted their dreams when they stayed there, and they called him Marble-Faced Man. My aunt and uncle share a vivid and creepy memory of walking toward the barn, but they saw themselves through the window of the barn, looking back at them. Many years after the farm was abandoned, my aunt and some friends dared each other to go back and found the silo filled with satanic messages, things like “666” painted in red (or blood), and animal parts were strewn about. I remember being told a story that there were children’s bodies found in the woods behind the barn and that they were, “hung and gutted like deer.” A quick google search of murders in that area provides zero results, which only strengthens the memory versus dream concern.

There is a sometimes debated term used in the medical field when a patient cannot remember their own history. They are referred to as a “poor historian.” My chart would read, “39 year-old woman presents with complaints of depression and anxiety. Patient is a poor historian.” My mother died unexpectedly when she was 62. My father was adopted and doesn’t know much about his birth mother; he was taken by the state as a toddler and lived in foster homes until he was adopted at the age of 12. And now he has dementia so any pieces of information he may have had are gone. My great grandmother (maternal) apparently died during childbirth, which was in a kitchen in Brooklyn, and her sister (or half-sister or not a sister) stepped in to assume the role of mother. We are Italian and Irish. Or maybe German? We are white – definitely white. There was a woman that we knew as “Grandma Detroit,” but my sisters and I cannot figure out how she was related to us.

I was back in Michigan last month to visit family. My mother’s sisters, brother, and I sat around a table and tried to assemble a family tree. There is confusion over real last names and who was a half or step sibling to our now deceased relatives. We have based our ancestry off of death certificates and the many stories passed down over the years, but the stories do not always add up. We know that my mother was forced to give a baby up for adoption when she was a teenager. I was always under the impression that I had a long-lost sister out there, but my aunt thinks it was a boy. My aunt also thinks that the father to our grandmother disappeared when her mother died, so who knows if anybody is actually even related. Maybe someone reading this right now is actually my great grandma! MAYBE YOU ARE MY SISTER BROTHER.

I listened to a podcast recently about a woman that bought a DNA test through ancestry.com. She learned that her father was not her father. She confronted her mother and was informed that they were too embarrassed to tell anyone, but she and her sister were products of sperm donors. The story had its twists and turns. Her father was deceased when she discovered that her sperm donor dad was a Trump supporter, but she had just quit her job to canvas for Hillary Clinton, and so she decided not to meet him. She felt that her dad that raised her was the only dad that she needed to know.

I got myself a DNA kit, spit in a tube, and mailed it out.

This woman’s story made me think that this was the answer to finding my sibling(s). I know for sure that I have a half-sister from my dad’s first marriage and she probably would be easy to find. However, he used to joke that he may have a kid or two from the time he was in the Navy. I got myself a DNA kit, spit in a tube, and mailed it out. I bought a kit for my mother’s siblings and will send one to my dad next week. I hope that it confirms whatever ridiculous percentage of Irish, German, and Italian (aka white) that I am, and that will give my family some peace about their now long-lost history. Let’s be honest, though – I secretly hope to discover that my long lost sister brother is a famous publisher looking for their next best-selling memoir.