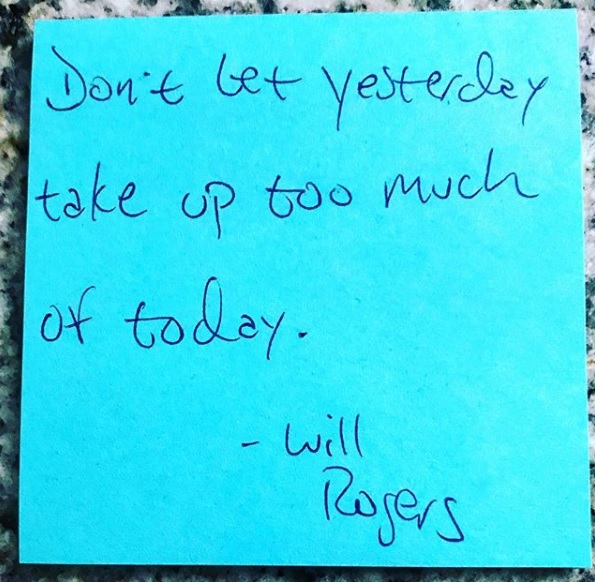 There have been a few “year in review” pieces that I have listened to and seriously, folks, how the hell did we make it out alive? (RIP to those that didn’t.) Remember when the entire GOP House was on a train that crashed into a dump truck? Or who else has lost track of which horrible male celebrity did what – Casey Affleck did do something, right? And you do realize that Flint hasn’t had clean water since 2014, right? Like, we have been talking about this for four fucking years.

I think a lot of us are so tuned in and aware (thanks to the computers in our hands) that it makes it impossible for us to process our own issues. Here is a fun game! Let’s try to determine if I am depressed because of a chemical imbalance OR because my brain is an endless loop of updates of black bodies being murdered by cops, white rapists walking free, bitter exes (aka angry white male terrorists) emptying their guns on hospitals and schools, the Obama and Goldman Sachs love affair, and fake concerns over Santa being a dude (we all know nobody cares about this, right?).

Every year, like many others on the internet, I post a before and after meme for the new year versus the end of the year. Today I realized the many faces of Carrie Mathison from Homeland (Claire Danes) perfectly embody my emotional self. 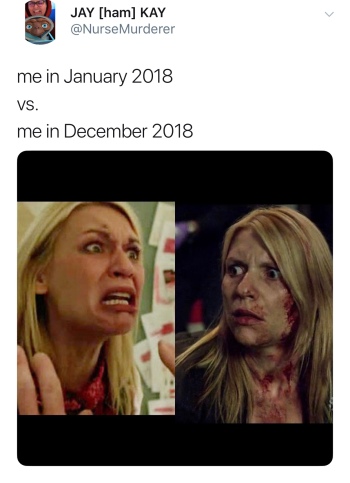 My 2018 has been bananas. In an effort to start writing in 2019 with a clear head, I have to do a quick, personal year in review.

I was diagnosed with a rare neurological disorder, spent an entire month feeling as if I was on a horrible merry-go-round unable to stand from dizziness, and thought that I would be on disability for the rest of my life. I got my IUD removed after learning it could have been caused by the fucking birth control, and my body still hasn’t regulated itself – will I have a period again or am I now just perimenopausal? The last neurologist that we saw wasn’t even sure that I was properly diagnosed and had me stop the treatment. The symptoms have yet to reappear (yay), but did I ever even have the disorder? Did they prescribe me medication that poisoned my body, rendering me useless for over a month, just because they thought “hey she’s fat and has headaches, must be the idiopathic intracranial hypertension!”?

[Insert the “everything happens for a reason!” quotes here] During the workup for the disorder, they discovered a tumor in my neck. I had to have another MRI to get a better look at it and then I met with a head and neck surgeon. The chances of it being cancer are less than 1%, but it will continue to grow, and it will have to come out. Because I am not experiencing symptoms right now (difficulty swallowing, lol), I can wait for the surgery.

What will 2019 bring for us? Obviously, there will be more disasters, more heartache, and more of the “there is no way this is real life” news updates. Inevitably it will bring more laughs, high fives, and stories about people helping each other out of this mess. Unfortunately, there is no way to balance out those two realities. People suggest that we log off from the world wide web and put our phone down, so we can stop the never-ending cycle of horrific news, but how would we access the nonstop laugh attack viral videos that do such good for our broken souls? 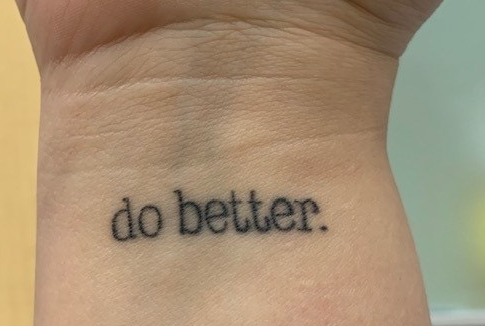